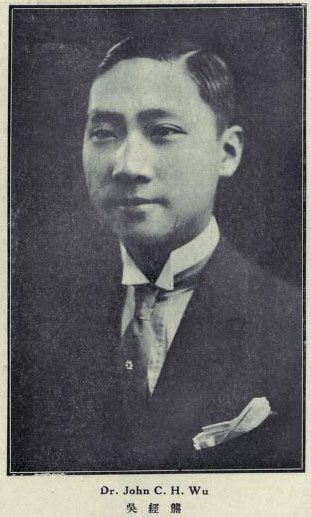 The Bodhisattva Shan-hui, higher often called Fu Ta-shih, born in 497, was one of probably the most extraordinary figures in Buddhism and an necessary precursor of the School of Zen. Once he was invited by Emperor Wu of Liang (who reigned from 502 to 549) to present a lecture on the Diamond Sutra. No sooner had he ascended to the platform than he rapped the desk along with his rod and descended. The poor emperor was merely misplaced in amazement. Yet Shan-hui requested, “Does Your Majesty understand?” “I don’t understand at all,” replied the emperor. “But the Ta-shih has already finished his sermon!” Shan-hui remarked.

On one other event, as Shan-hui was delivering a sermon, the emperor arrived, and the entire neighborhood rose to indicate their respect. Only Shan-hui remained seated with none movement. Somebody took him to process, saying, “Why don’t you stand up when His Majesty has come?” Shan-hui mentioned, “If the realm of the Dharma is unsettled, the whole world would lose its peace.”

Shan-hui is claimed to have improvised a couplet on the event:

道冠儒履佛袈裟 With a Taoist cap, a Buddhist cassock, and a pair of Confucian footwear,
會成三家作一家 I’ve harmonized three homes into one huge household!

If, as Suzuki so nicely says, Zen is the “synthesis of Taoism, Confucianism, and Buddhism applied to our daily life as we live it,” the tendency was already prefigured in Fu Ta-shih.

Two gathas from Fu Ta-shih have been ceaselessly quoted by Zen masters. One reads:

空手把鉏頭 Empty-handed, I maintain a hoe.
步行騎水牛 Walking on foot, I journey a buffalo.
人在橋上過 Passing over a bridge, I see
橋流水不流 The bridge stream, however not the water.

有 物先天地 Something there’s, previous to heaven and earth,
無形本寂寥 Without kind, with out sound, on their lonesome by itself.
能 爲萬象主 It has the ability to manage all of the altering issues;
不逐四時凋 Yet it adjustments not within the course of the 4 seasons.

Chapter XIV/26. In: The Golden Age of Zen, Taipei: The National War College in co-operation with The Committee on the Compilation of the Chinese Library, 1967, pp. 253-254.

Have you Found an Entrance to the Way? – Buddhism now

Word Wenches: Interview with May McGoldrick

Word Wenches: Interview with May McGoldrick